The Azores –
The High in the Atlantic 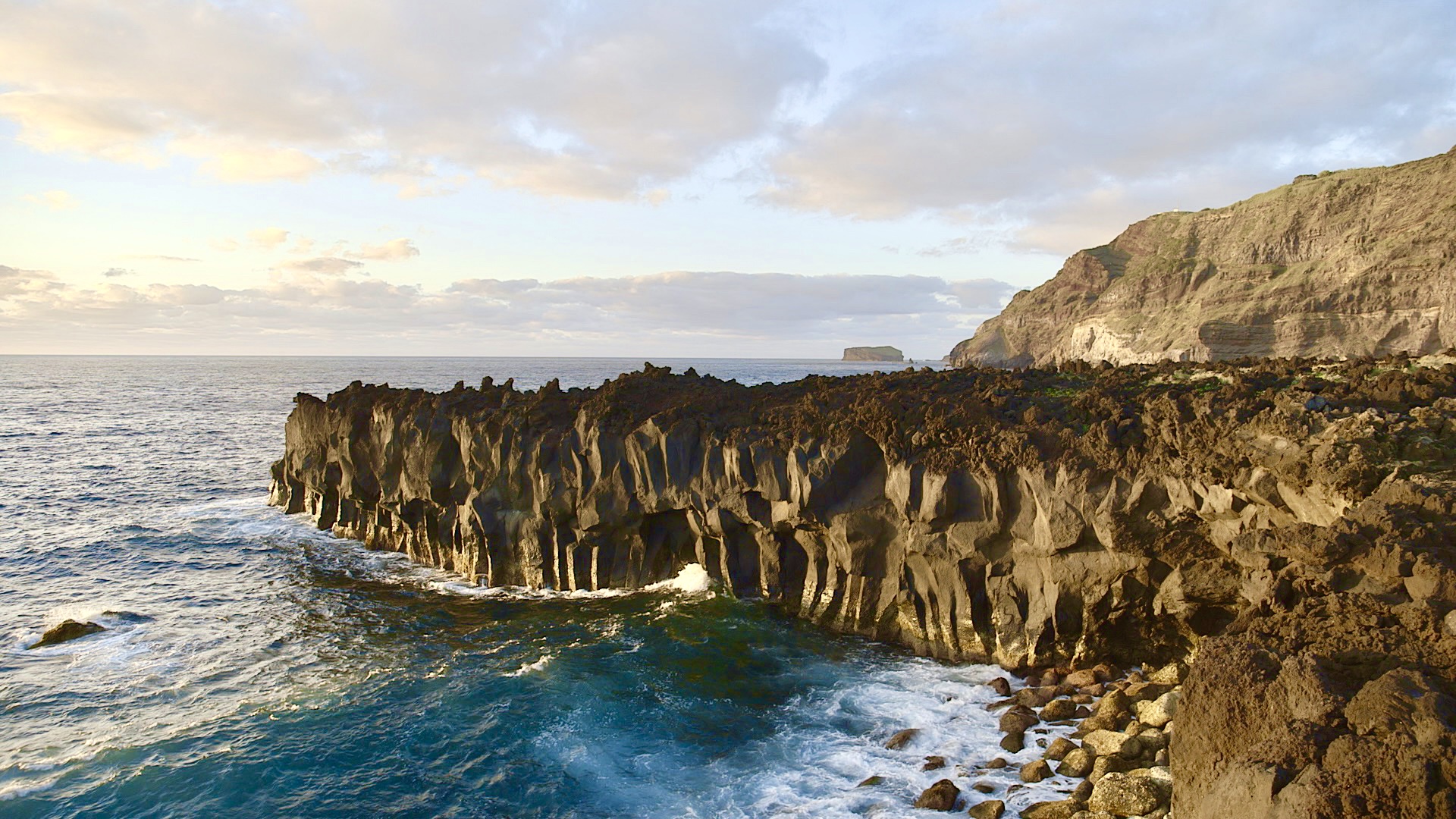 The Azores: The Portuguese archipelago in the middle of the Atlantic with its nine islands can hardly be surpassed in terms of scenic diversity. Deep black lava beaches, volcanic basins with azure blue crater lakes, hot mineral springs, rushing waterfalls in the jungle, rare cloud forests, instead of green meadows and blue and white hydrangea bushes everywhere. There is a state of emergency once a year on the main island of São Miguel. During the festive costume parade, Saint São João gives start-up help in matters of happiness in love. On Faial, skippers meet in the pub myth of Peter Café Sport. The maritime post office is anchor for sailors from all over the world. The hot thermal springs of Poça da Beija are booming, a rusty fountain of youth against rusting. Tea time is every day on São Miguel. There are two of the only tea plantations in Europe here. And in the Furnas, the national dish Cozido is cooked in a 90 degree hole full of sulfur steam. Cooking in the devil’s kitchen. 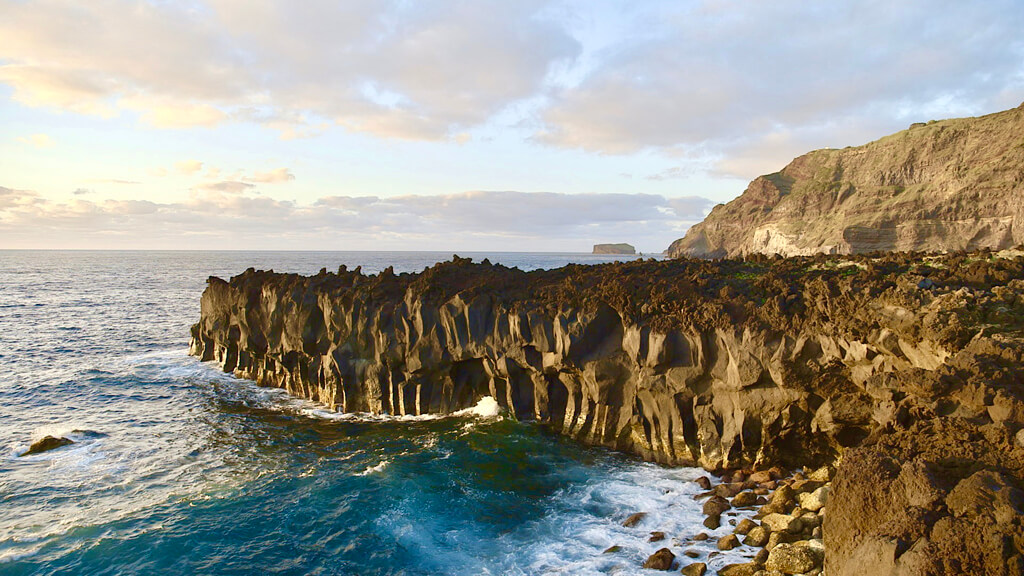 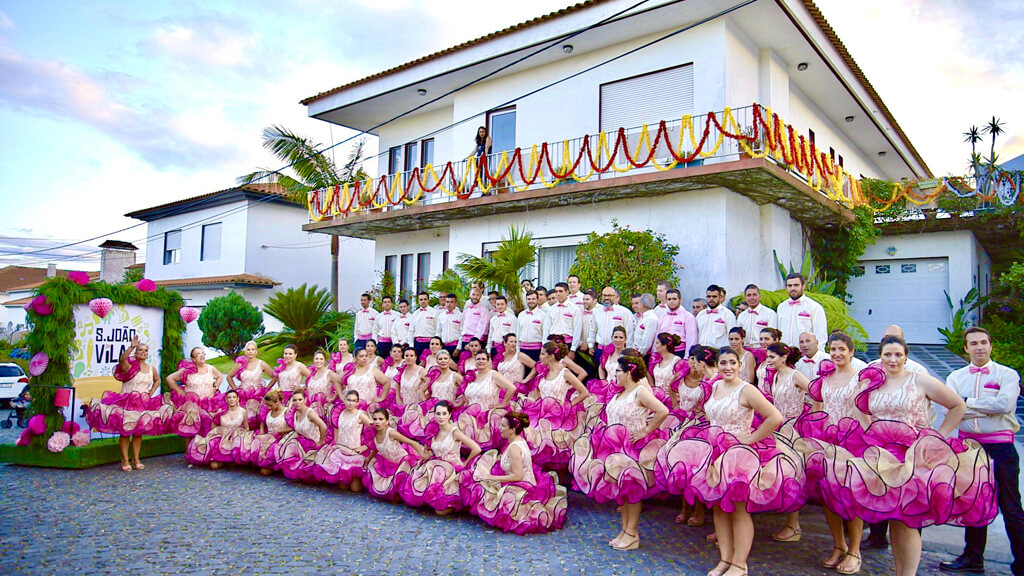 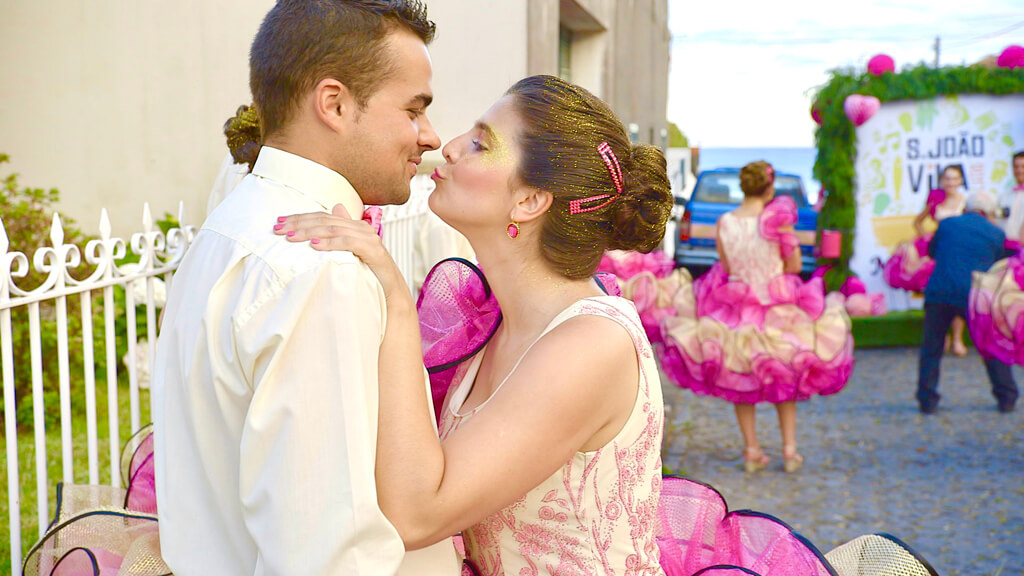 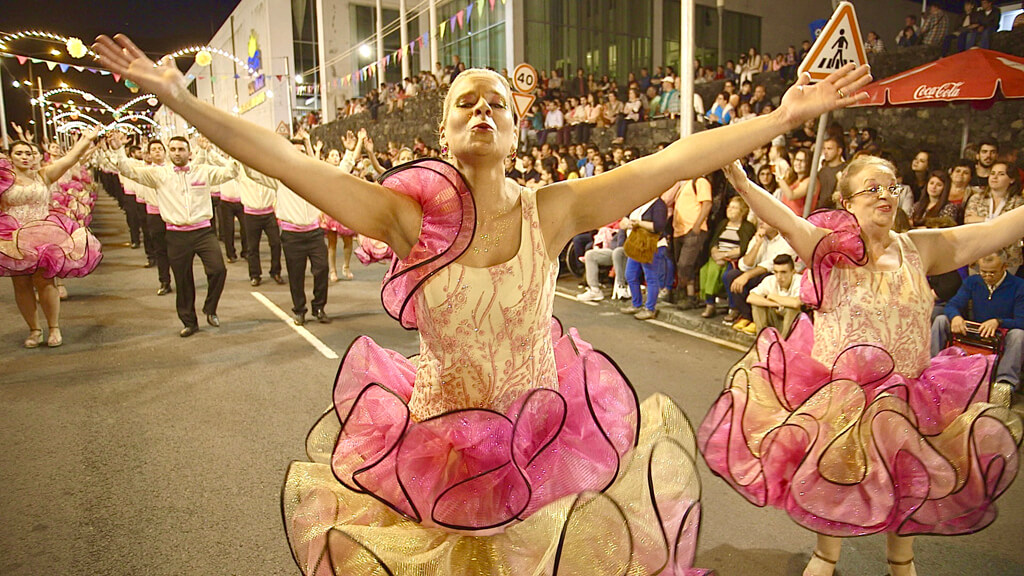 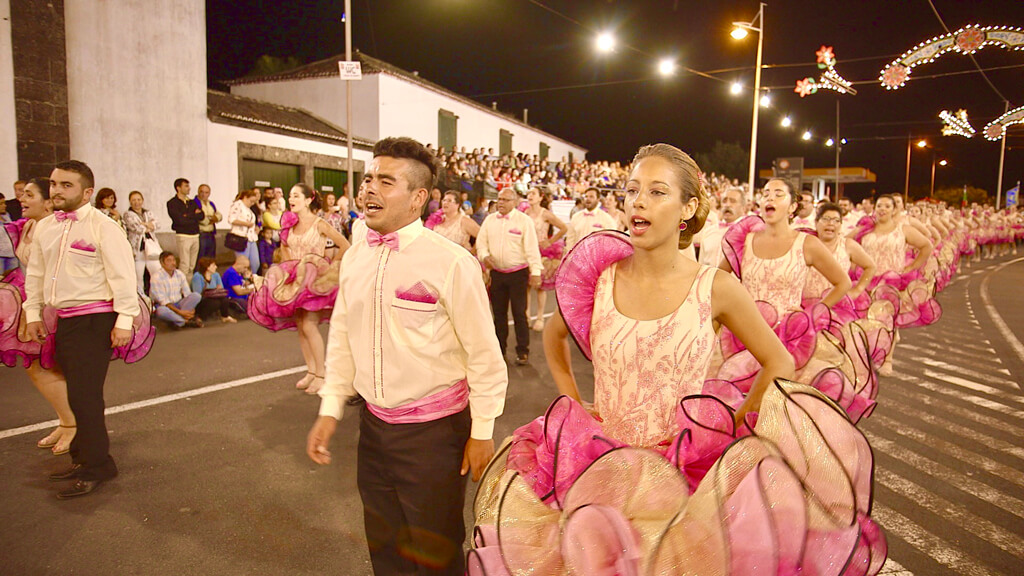 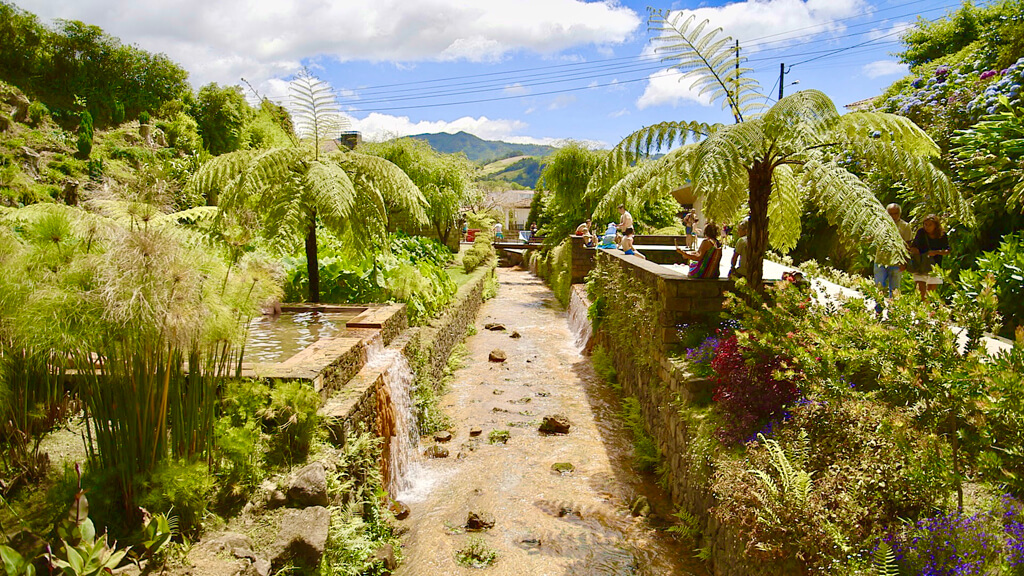 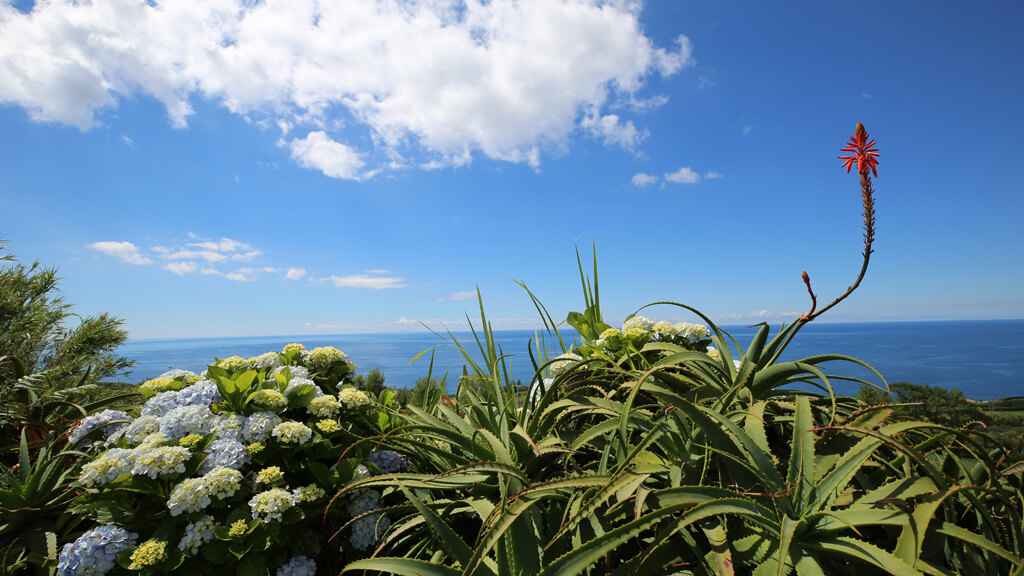 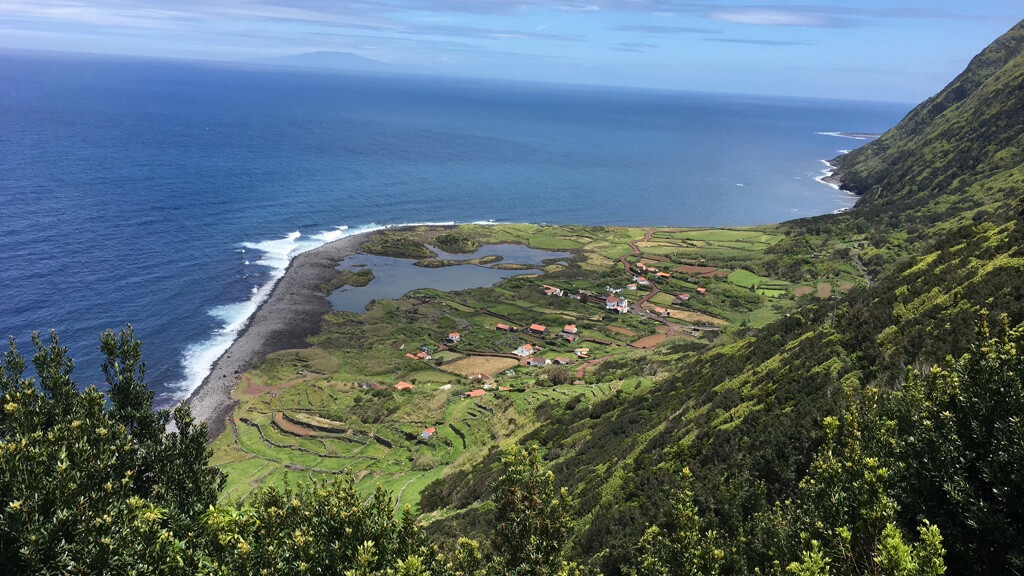 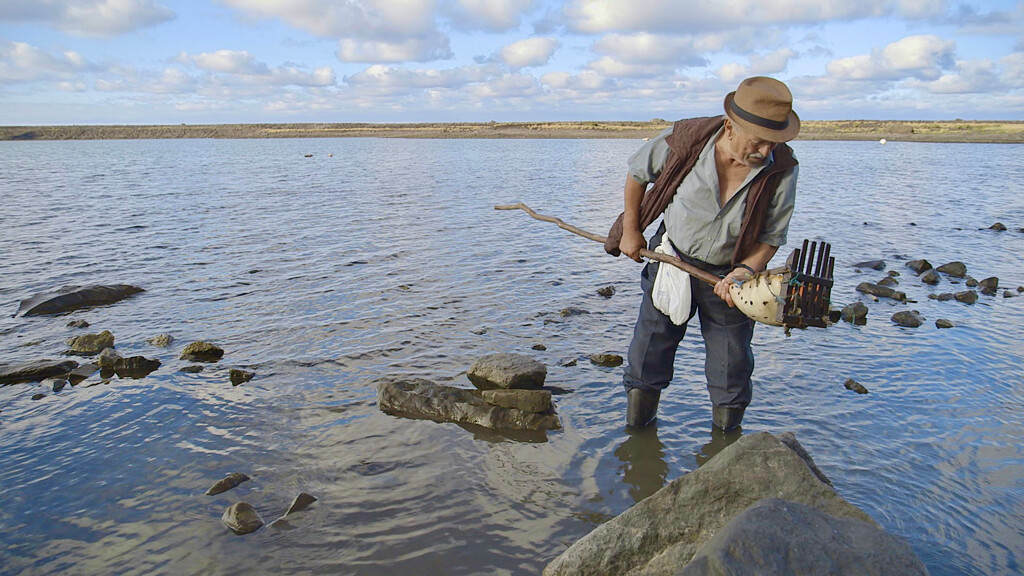 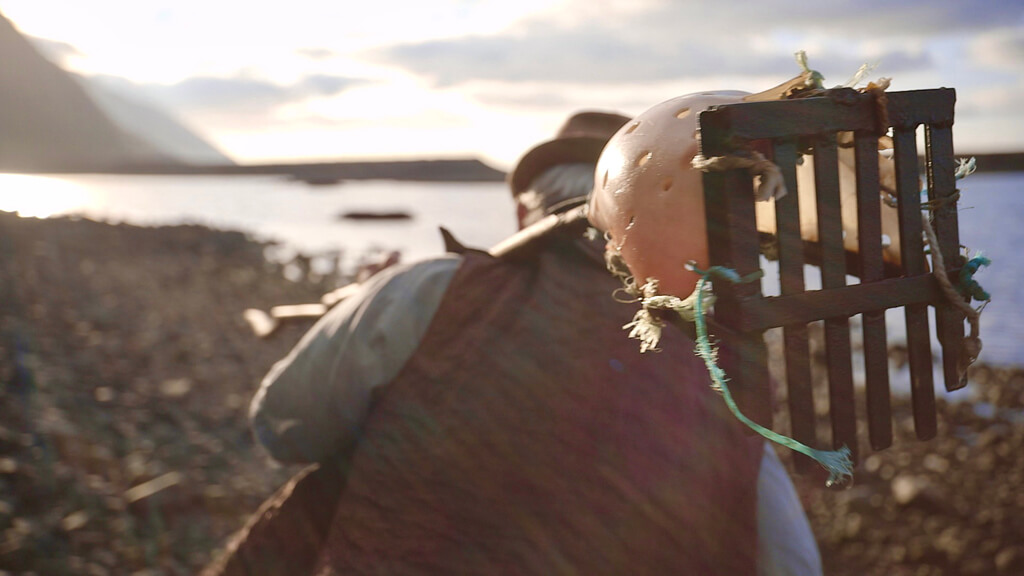 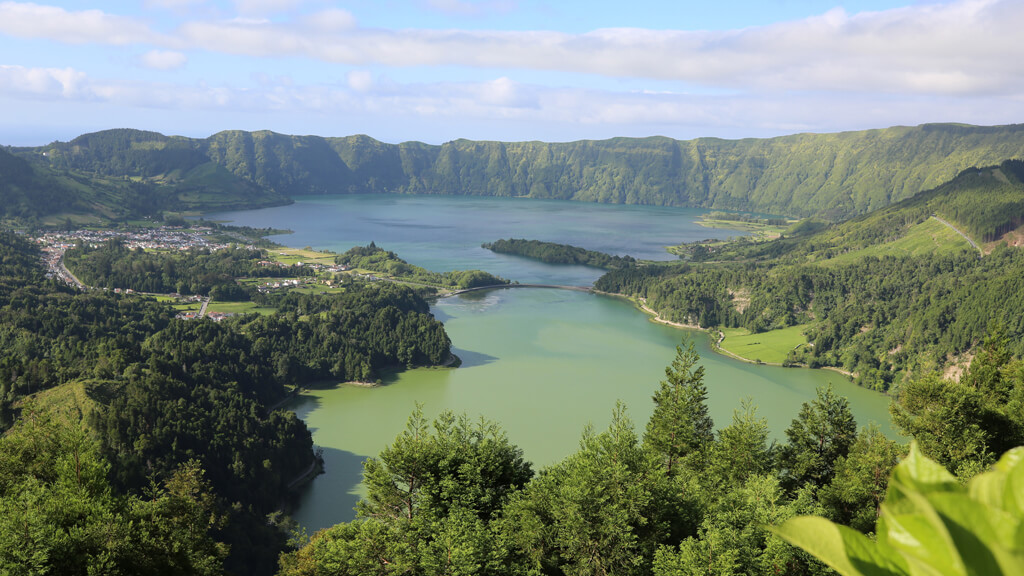 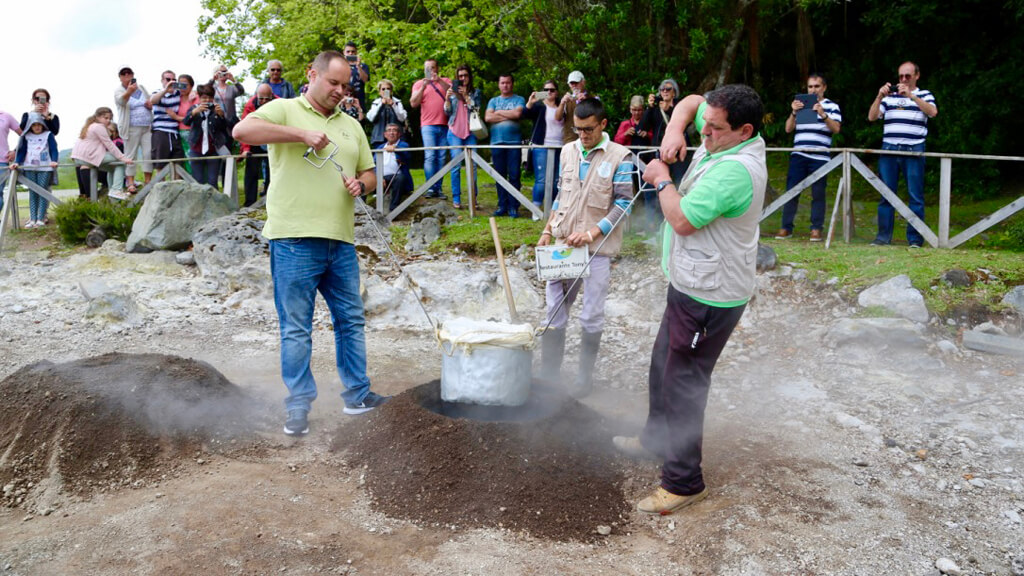 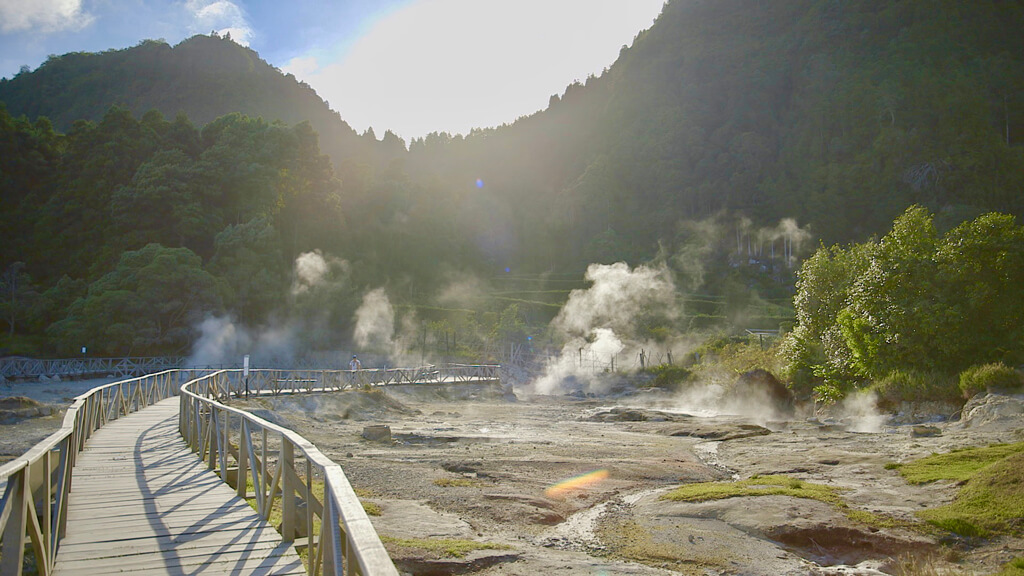 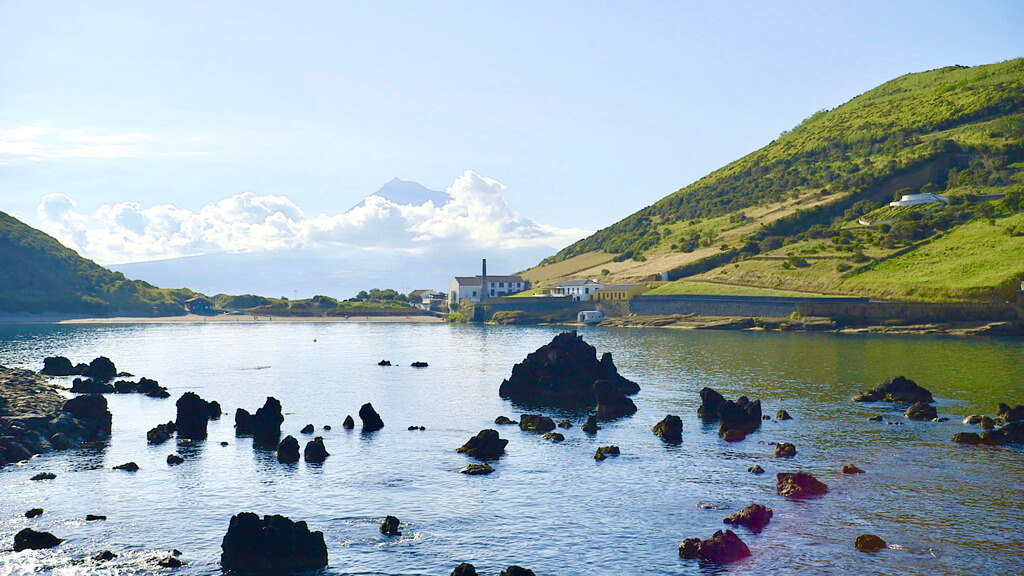 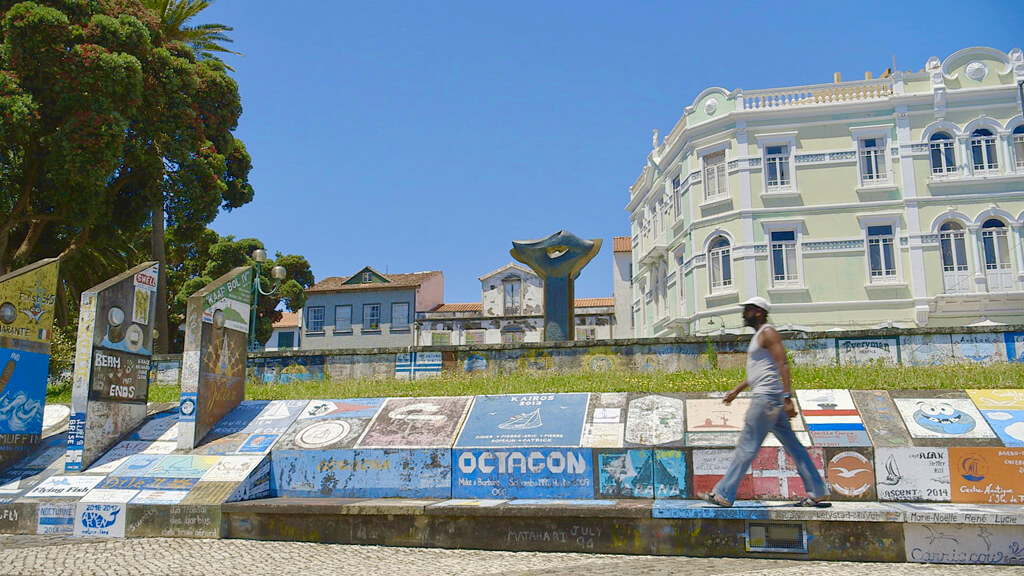 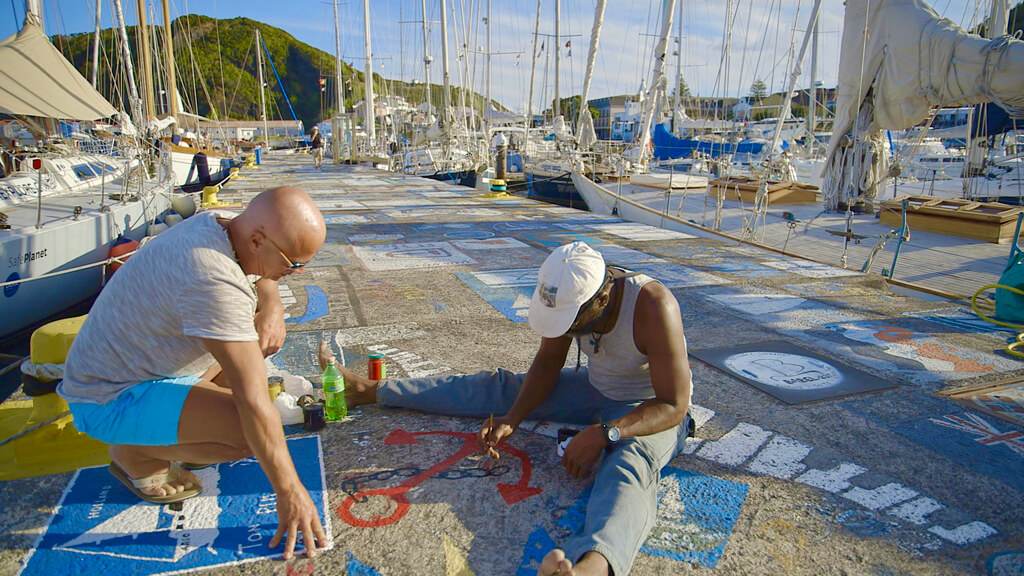 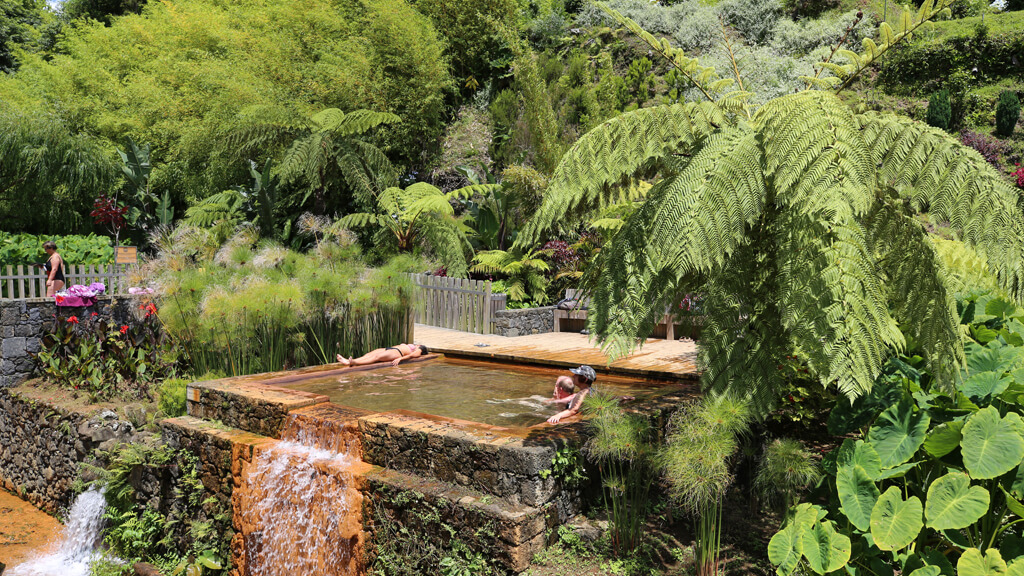 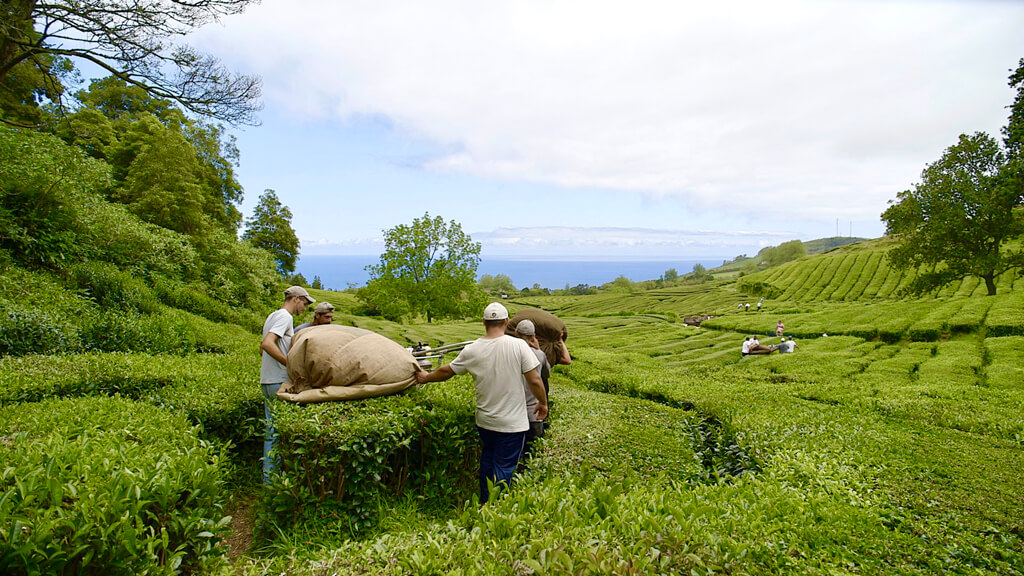 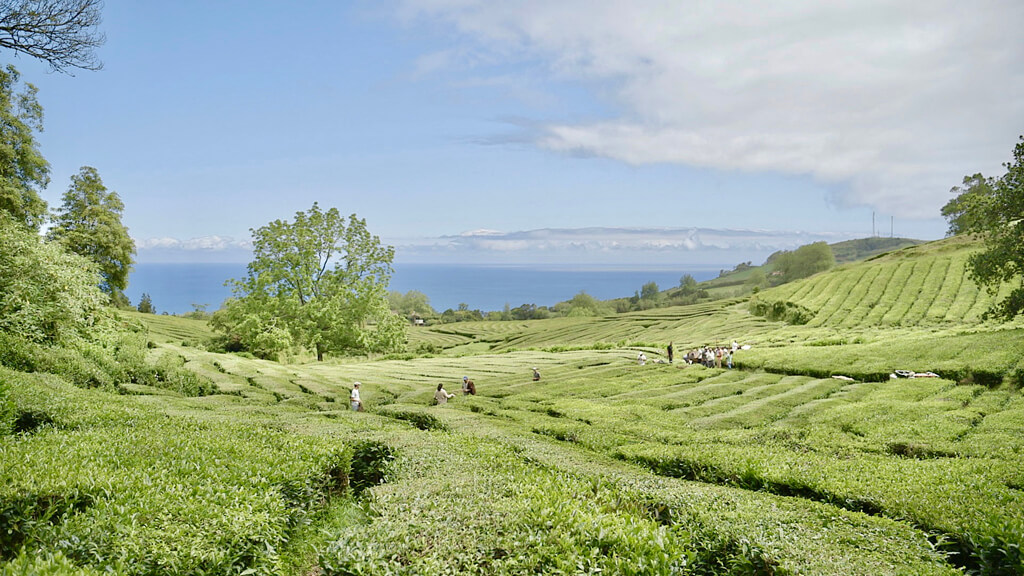 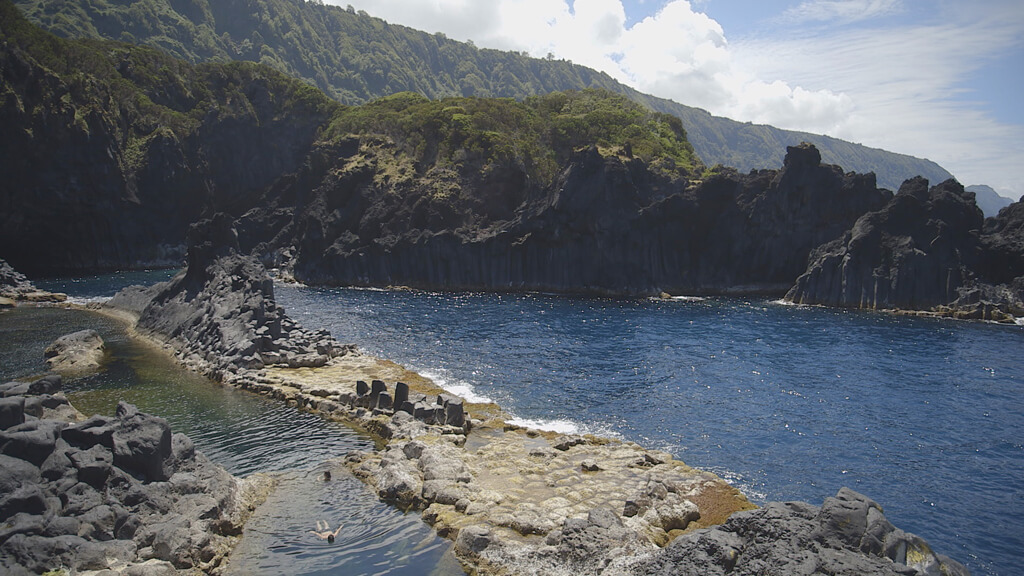 Deep black lava beaches, rushing waterfalls, lush green meadows, lush hydrangea bushes, azure blue crater lakes: these are the Azores, the Portuguese archipelago in the middle of the Atlantic. Each of the nine islands is more beautiful and surprising than the other. The Azores are rainy, but sun-drenched, their inhabitants relaxed. Meteorologists believe that this is due to the many green areas on the islands and the famous Azores high.

At the Festa de São João on the main island of São Miguel, more than 20 marching groups sing and dance through the alleys of the port town of Vila Franca do Campo. All participants secretly hope for Cupid’s arrow. On this day, Saint São João gives start-up help to happiness in love. According to legend, the name of a person who is first heard during the festivities should also be that of the future person. In any case, Madalena Correira and her two daughters Patricia and Sonya firmly believe in it. They have had their own marching group for two years. Without further ado, the living room and garage were converted into dressing rooms.

The sailor Joel Mark is a frequent guest in the legendary Peter Café Sport on Faial. The self-proclaimed “Pirate of the Caribbean” has crossed the Atlantic with a nutshell. “A suicide mission,” says Sven Junge. The skipper from Hamburg prefers his noble yacht.

In the cult pub, which is also a post office, worlds of different people meet. Together they spin sailor’s yarn. Mussels are the favorite dish of 75-year-old Antonio Pereira from São Jorge. He is particularly fond of the cockle Cardiidae. You can find them in the lagoon of Fajã da Caldeira do Santo Cristo, right in front of Antonio’s front door. However, his little home at the end of the world is on a lava ledge, encircled by high mountains and the wild Atlantic. It can only be reached via a dangerous beaten path.

The only tea plantations in Europe are located on São Miguel. The tea plants thrive particularly well in the mineral-rich lava soil, also because of the warm, humid sea climate. Madalena Motta, the owner of the Chá Gorreana plantation, is still very excited because a high-ranking visitor has announced that the famous tea expert José Baptista wants to inspect the plant.

Everywhere in the center of the island of Saõ Miguel fumaroles, volcanic gas escapes, hiss and steam. The restaurant owner Marco Arrudas uses the 80 degrees hot sulfur vapor in the holes in the ground for cooking. There is cozido, a hearty meat stew, the specialty of the Azores. Marco is nervous because he is also due to have high-profile visitors: the mayor has made a reservation.

It’s hot in Poça da Dona Beija: the water in the thermal bath is over 38 degrees Celsius. The iron-rich water promises beauty and youth, it should protect the body from “rusting”. Antonio Pinto really wants to test it out. His wife is much younger than him, so a bath in the fountain of youth can’t hurt.